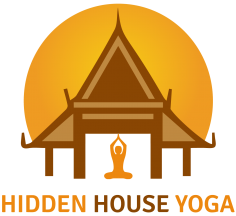 Yoga has grown massively in popularity over the last couple of years. According to research, there are about 300 million yogis stretching around the globe.
One in three Americans has tried yoga at least once. So you want to try it yourself too? That’s wonderful!

Although there is absolutely no need for it, walking into a yoga class for the first time can be a bit intimidating.

That’s why we made this beginner’s guide to yoga. Once you are done reading this article, you’ll attend your first yoga class with confidence.

A beginner’s guide to yoga – What is yoga?

The word Yog means unity or oneness. It is derived from the Sanskrit word yuj, which means to join.

Yoga can be traced back to over 5.000 years ago, but some research claims it is over twice that old.

Between the 2nd century BCE and the 4th century CE, sage Patanjali codified the first unified system of yoga.

Patanjali’s eight limbs of yoga are also called Ashtanga yoga, Ashta translates to eight, and anga to limbs. Not to be confused with the Ashtanga yoga asana practice we’ll cover later.

A beginner’s guide to yoga – Health benefits of yoga

Still looking for some more reasons to start practicing yoga? Especially for you, this beginner’s guide to yoga includes some of the many health benefits of yoga.

A beginner’s guide to yoga – 3 yoga poses to know

Next in this beginner’s guide to yoga, three yoga asanas that are bound to make an appearance during your first yoga class.

Your hands are planted firmly, at about shoulder with. Lift your hips up, pushing most of your body weight onto your lower body. Your chest moves back towards your lower body, your head hangs relaxed in one line with your spine.

There is no need to force your knees straight or have your heels touch the ground. This will come with practice. Focus for now on keeping your back straight, tilting your hips upwards and pushing your body weight back towards your lower body. So that your body forms a beautiful V-shape.

From kneeling, open your knees about mat distance apart, big toes touching. Now lower your upper body down towards your mat, in the space in between your knees. Let your forehead rest on the mat. Stretch your arms out in front of you.

For an active child pose, keep your arms and wrists lifted. Only the palms of your hands and fingers touch the ground. Push your hips down onto your feet.

For a relaxed child pose, you can let your arms rest on the mat in front of you. Or lay them down next to your upper body.

At any time during a yoga class, when you feel tired or overwhelmed, you can come into child pose. Take a moment, to relax and catch your breath. When you feel ready again, you can rejoin the class.

The final resting pose, which denotes the end of every yoga class.

Lie on your back, stretch your legs and have them about mat distance apart. Your arms are resting next to your body, palms facing up.

Savasana is meant to rejuvenate your mind and body after your yoga practice. It’s a meditative moment that allows you to shift your attention to your inner-self.

Enjoy this moment to absorb all the benefits of your yoga practice. Take the time to be grateful to yourself for today’s yoga practice and taking care of your body and mind.

A beginner’s guide to yoga – Yoga vocabulary to know

Just like most disciplines, the yoga world has its own very specific lingo. Let’s talk about three very frequently used yoga terms.

Your teacher will very likely open and close the yoga class by saying Namaste.

Nama means bow, as means me and te means you. So literally it translates to I bow to you. It is however interpreted as ‘The light in me sees/bows to the light in you’.

Now, how to ‘do Namaste’. Bring your hands together at your heart center, close your eyes and bow your head towards your heart.

The word Om, Aum written correctly, makes the hair on the back of the neck of some people stand up.

Yes, when you walk into a room of yogi’s sitting cross-legged and Aumming out loud, it might feel a bit sect -like looking in from the outside.

Also, if you have never chanted Aum before, you might be a bit insecure about how you sound chanting.

Aum, however, is said to be a deeply meditative sound, it is the sound of the universe.

“The syllable Aum, which is the imperishable Brahman, is the universe. Whatsoever has existed, whatsoever exists, and whatsoever shall exist hereafter, is Aum. And whatsoever transcends past, present, and future, that also is Aum.”

~ The Upanishads: Breath of the Eternal by Swami Prabhavananda (translator) and Frederick Manchester (Translator).

Each of its components represents one of the four states of consciousness, the fourth being the silence after the chant.

They are also linked to three of our chakras. A= Root Chakra, U= Heart Chakra, M= Third eye Chakra. Whereas the silence following is linked with the Crown Chakra.

To be honest, we could devote an entire article (or book even) to the meaning of Aum.

Most important here is to know, that although a spiritual sound, it is not a religious sound. You don’t have to be Hindi or Buddhist to chant.

The third limb of yoga according to Patanjali’s yoga sutras. They are the physical postures of yoga practice.

Patanjali defines them as follows: “Sthiram sukham aasanam“. Which translates to ‘that position which is comfortable and steady’.

A beginner’s guide to yoga – What to wear to yoga class?

This beginner’s guide to yoga could not be complete without discussing what to wear to your first class.

So here are some things to take into account:

Here are two more yoga etiquettes to take into account.

Firstly, put your phone on airplane mode and leave it outside of the yoga hall.

Secondly, if it’s your first class, make sure you get to the studio a bit early. So you can introduce yourself to the teacher. You can also take this time to inform your teacher of any injuries you might have.

Looking at a yoga studio’s schedule, you might be clueless as to what to expect from the different classes offered.

Below, we discuss the three most common styles of yoga class.

In this beginner’s guide to yoga we will not go into the meaning of Hatha, but only focus on Hatha as the style of yoga asana class.

Typically a Hatha yoga class will involve a set of postures and breathing techniques. Compared to other practices, in Hatha the practice is slower and postures are more static.

Because it is relatively slow, it is in general gentle and pleasant practice. Making it great for beginning yogis, or whoever wants to hold poses longer and work on their alignment.

During a Vinyasa class each movement is synchronized with one breath. Making it quite a vigorous yoga practice.

A Vinyasa class is often called a flow class. This refers to the smooth flow from one asana to the next.

Each class will most likely include a flow of sun salutations. Other than that no two Vinyasa classes are the same.

Ashtanga yoga is a rigorous yoga style. It follows a specific sequence of postures, always performed in the exact same order. Just like Vinyasa yoga, every movement is linked to one breath. Making it a sweaty and physical demanding yoga practice.

Because of the speed of an Ashtanga class, it might not be the best style for your first ever yoga class.

Now it’s time to have a look at the yoga schedule and get yourself to your first yoga class. And let us know how it went in the comments!